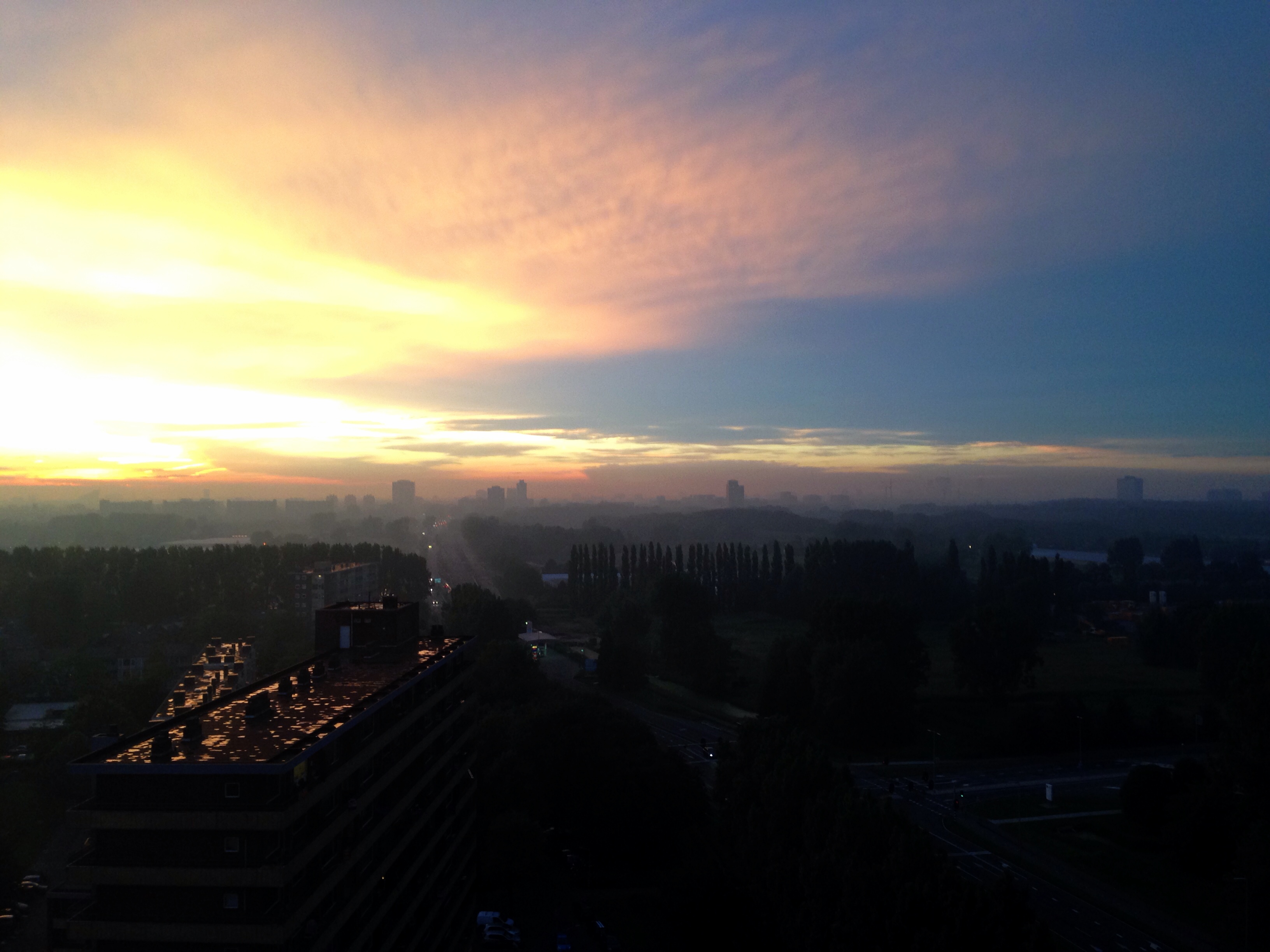 I’ve been struggling all weekend to get our Heroku servers set up with Nginx and PgBouncer. The simple part was finding out about Heroku buildpacks, with which you can add extra software to your dynos. The hard part was wading through all the outdated information. Time to blog about my endeavor.

I’m going to assume you already have a basic understanding of running Django on Heroku, but you might not be familiar with Nginx or PgBouncer. So let’s have a look at them first:

Nginx is a web server, but most widely used as a reverse proxy. I’m using the https://github.com/beanieboi/nginx-buildpack.git buildpack cause it uses the newer 1.8.0 stable version of nginx, but you can use the original buildpack by @ryandotsmith. Why use Nginx on Heroku? They claim it is not necessary because the Cedar router handles everything for you, but I have a feeling its request buffer is rather limited. I’ve been testing our application servers for quite some time by flooding them using tools like Blitz. We use Gunicorn, uWSGI and Waitress as our wsgi servers and all of them fail if fed with enough long running queries and almost never recover. I found that with Nginx guarding the gates, things will still shut down, but the application servers usually recover after the flood stops. All other positive effects are, although hidden from view to me, added bonuses.

With Django resetting database connections on every request, you quickly run out of precious connections. Add to that a couple of async task queue workers and that connection count just went throught the roof. PgBouncer is a standalone connection pool for PostgreSQL. Your processes connect to PgBouncer and it, in turn, connects to your database server. Instead of breaking that connection, it’s kept around, ready for the next request. Think of it as a connection switchboard or hub. You’re bound to see some performance improvements, since your project will spend less time setting up connections to your database. Especially in a cloud environment , creating PostgreSQL connections can be quite a performance killer. Since we pay for the maximum clients our PostgreSQL server can handle, there is an economical aspect to using this buildpack as well.

I used the https://github.com/heroku/heroku-buildpack-pgbouncer buildpack by @gregburek, although it’s a slightly older version of pgbouncer, it is actively maintained and has the added benefit of using stunnel to securely connect to your database over SSL. Now you can tell your users that your whole stack is encrypted and not just your web connection.

You will hear people complain about how they can do it cheaper and easier with their own stacks, but the fact remains that it’s been a time and money saver for us. I spend near zero time on server maintenance, we’ve had no real downtime and security issues are always fixed within hours. We are using the new Cedar-14 stack, based on Ubuntu LTS 14.04. Since the older stacks are deprecated everything in this article works under the assumption that you too are running Cedar-14. You’ll need the Heroku Toolbelt to configure the buildpacks, so go ahead and install it if you haven’t already.

Setting up the buildpacks

Originally Heroku only supported a single buildpack for you dynos which had to be set through the BUILDPACK_URL configuration setting. Then came @ddollar with his multipack, that allowed for extra buildpacks to be loaded through a .buildpacks file which you had to add to your project. Heroku seems to have extended the buildpacks command so it’s no longer necessary to hack it like that:

Let’s go ahead and add the Nginx buildpack. Make sure you are in your projects root directory when executing the heroku command, so it knows which application to target. Otherwise append the -a APPNAME option after each command, to point it in the right direction.

That worked out well and is a lot easier than the old way of doing things. Now we only have to add a Python buildpack. Normally Heroku does this automatically based on your project files, but we’ve overridden this behavior with our custom buildpacks.

That’s it for the buildpacks. Now let’s have a look at how they work and configure the Procfile before we do that suggested push.

The Nginx buildpack’s authors have already taken care of the configuration of Nginx so you won’t have to do it. You can change things around using the Ruby instructions in the repository, but I’ve found the default configuration to be working just fine as is. You could probably set the NGINX_WORKERS environment variable, but it defaults to 4 which is about right for a regular Heroku dyno.

Similarly the PgBouncer buildpack has many configuration options using heroku config. The most useful is probably the PGBOUNCER_MAX_CLIENT_CONN setting, which I’m setting to our database servers plan maximum:

You can check out all the other options at the repository.

For it to work with your web server and database, the PgBouncer buildpack uses these concepts:

This means you don’t have to change your Django database configuration as long as you were using the DATABASE_URL environment value, the dj-database-url or the compound django-environ package. I did run in some small problems with the url initialization though. Since it only does the old switcheroo once, any web workers that start before that will not have the new connection to PgBouncer. The same problem comes up when your web workers spawn from an environment other than the one that had its configuration updated.

Now it’s time to put everything in a Procfile and get it running on Heroku. Since we use three different wsgi servers, I had to do this for each one separately. As you will see each server has it’s unique way of doing this. Our setup contain a web entry which will be the wsgi server, behind Nginx, using PgBoucer for database connections. The worker entry will be our task queue worker for handling asynchronous and scheduled tasks. We use Django Q, but it should also work with Celery or any other worker of your choice that’s going to be using lots of database connections. Just leave the worker entry out if you don’t need it.

This is fairly straightforward. We use start-nginx to start start-pgbouncer-stunnel, which in turn should start gunicorn. By the way; if anyone knows how to set the wsgi module in the configuration file, please leave a comment.

Gunicorn has some very convenient server hooks , which we can override to touch the tmp\app-initialized file. In this case I opted for the when_ready hook to tell Nginx to start accepting requests.

That’s really all there is to it. Now you can deploy and enjoy it.

The same deal as with gunicorn; we chain the buildpack start commands and have uWSGI report to the Nginx socket. Here I’m using the hook-accepting1 hook, which is called when the first uWSGI worker is accepting connections. Two thumbs up for uWSGI for making it easy to execute touch or any other external command. Its many configuration options can be a bit daunting for the first time user, but it can be a great tool to tune your application server for a specific task. This is a basic configuration I know works well with Django and Heroku:

We’ve been using Waitress more and more for Django projects. Originally conceived for the Pylons project, this pure Python webserver uses multi-threading and is very well suited for the kind of long running queries you tend to get with large ORM databases. Even though it has its own request and response buffering, it can still benefit from Nginx’s improved request handling.

Waitress has no hooks, as far as I know. Fortunately it is a Python module, so I could write a little startup script to get it to initialize Nginx:

Well that’s it. You can of course leave out either one of the buildpacks according to your own needs. I just wanted to write down all the required steps so you don’t have to struggle as much as I did with the outdated guides. I’ve been running these configurations in our staging environments and I’ll let them cook there for a while to see if I can discover any problems. If so I’ll incorporate any findings into this blog, otherwise I’ll promote some of these setups to production by the end of the week.